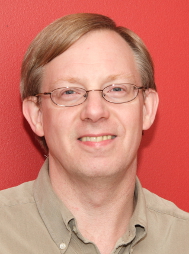 First and foremost, on behalf of our staff and blog readers, I would like to thank you for accepting this interview. As the editor of the Numismatic Bibliomania Society’s E-Sylum newsletter, I’m sure you have your hands full with the weekly publishing schedule. So let’s get started and talk a little bit about your background first.

Q: This is traditionally the very first question we ask on every interview. Please tell us a little bit about how you developed interest in numismatics. Was there someone or something of significance that played a role?

Like most Baby-Boomer collectors, I started out filling Whitman folders with Lincoln Cents. But I can pinpoint when my interest grew – it was July 1969 and I was 10 years old and sick as a dog. I got in the mail a package I’d ordered from Littleton Coin Company full of foreign coins on approval. I spent a couple days in bed looking through them and began collecting foreign coins by country. My grandfather later gave me a box of foreign coins from his side of the family. But the biggest event was meeting Glenn Mooney in 1978. He was a member of the Western Pennsylvania Numismatic Society and a volunteer curator at the Carnegie Museum of Pittsburgh. He sponsored me for membership in WPNS, and he and all the members became numismatic role models and mentors for me.

Q: Your academic background is quite impressive. You hold a Bachelor’s and Master’s degrees in Math & Computer Sciences. Plus you have an MBA from the University of Pittsburgh. Have you ever considered supplementing that with an academic degree in something related to numismatics?

Heck, no. Numismatics is too much fun to ruin it with exams and dissertations. I enjoy it as a hobby and would like to keep it that way. Just editing The E-Sylum has been a master’s level education in numismatics itself.

Q: For those readers not familiar with The Numismatic Bibliomania Society (NBS), please tell us a little bit about its organizational mission and how you first got involved.

The club web site states its mission very well: “The Numismatic Bibliomania Society (NBS) is a non-profit educational organization founded in 1979 to support and promote the use and collecting of numismatic literature. Numismatic literature includes books, periodicals, catalogs and other written or printed material relating to coins, medals, tokens, or paper money, ancient or modern, U.S. or worldwide.”

My involvement started about that time NBS was being organized. I attended a presentation by John J. Ford Jr. at an American Numismatic Association convention, and what he said about the value of numismatic literature really resonated with me. I think I signed up for NBS at that convention. Now I’m a Life Member.

Q: Your immediate responsibility at NBS is getting a weekly issue of The E-Sylum out to nearly 1,700 readers. What does it take to put together one issue?

Well, I’ve gotten pretty efficient at it, so it takes less time than many people think. Some actually assume it’s my full time job. Each issue has as many or more articles than Coin World, so that’s understandable. But as a compendium of information from readers and other publications, the amount of writing I do is relatively small in comparison. It’s about eight hours of work on average per week, spread out across seven days. I start a draft of the next issue on Monday or Tuesday, and daily before bed and before leaving for work I check my email for submissions and news stories of interest. By Friday I have an outline with three to five stories complete, and an email folder of acceptable ideas. I plow thorough one email after another until the issue is complete, which often takes me right up to publishing time, about 9:30 Sunday evening. I press the button to publish the issue and call it a night.

Q: Outside of numismatics community, you’ve built a successful 30+ year career in the technology space working for companies such as Bell Laboratories, Carnegie Group and, most recently, US Department of Defense. How do you balance immediate career needs with all the responsibilities at NBS?

I guess I’ve gotten pretty good at compartmentalizing my life. When I’m at the office, it’s nearly 100% work. I often read at lunch, but it’s never a coin book. At home I’m there for my wife and kids, but hop on my computer to do E-Sylum work whenever they’re busy with other things. Mostly I squeeze my E-Sylum work into hours stolen from sleep. I work after they’ve gone to bed, before I go to work, and on the weekends I often get up before everyone and work for an hour or so.

Q: Being an editor, you are in a unique position to select or reject content that ultimately makes it into The E-Sylum. What are some of the more notable trends in topics of interest that you’ve seen over the last few years?

That’s hard to say – we cover a huge range of topics every week. I steer clear of valuation and grading discussions for the most part, and focus on numismatics itself. Because of my own knowledge and collecting interests I do tend to cover tokens and medals more than regular issue coins, but that’s as much because these are more interesting in general than because of my preferences. But whenever there’s a research topic concerning regular issue coins, we’re on it.

Q: How do you see The Numismatic Bibliomania Society evolving over the next 20 years? More international interest? Influx on younger collectors through digital exposure?

As for younger collectors, I think E-Sylum has helped in that regard. I regularly include invitations to join NBS, and the club has gotten quite a few new members over the years. Many E-Sylum are younger – even some in high school. I have to tone down my jokes sometimes for a family audience.

I guess I don’t see things changing considerably in the next twenty years. The younger collectors of today will become the greybeards of tomorrow, then a new generation will filter in, just as previous generations did.

Q: Please tell us a little bit about your own coin collection. What are your areas of interest?

My own specialty is the numismatics of the U.S. Civil War, although I sold much of my collection through American Numismatic Rarities in 2006. I had Encased Postage Stamps, Postage Stamp Envelopes, Confederate currency, Civil War Tokens and a restrike Confederate half Dollar. The sale also included my. U.S. Merchant counterstamp collection. I still collect, but have fewer specialties. Two favorites are Carnegie Hero Medals and Labor Exchange currency. Of course, I also have my numismatic library of about 3,000 volumes.

Q: Many of our readers are just starting their coin collections. In your opinion, what are the five must-read books for every collector?

First, let me state that while I have 3,000 coin books, I haven’t read them all – not cover-to-cover, anyway. That’s because most coin books are reference books – you use them when you want to look something up. Far fewer coin books are the kind you really sit down and read. That’s what makes them special. Here are some favorites from that category:

In Yankee Doodle’s Pocket, by Will Nipper (on Colonial coinage)

Q: On a lighter note, what is the funniest piece that crossed your desk in the last few years? Did it end up in the issue or not?

I do see some funny stuff, but I think the funniest was an April Fool’s piece I wrote in 2007. The headline read, “BLOCKBUSTER ANNOUNCEMENT: ANA, ANS TO MERGE; DUPLICATE SALE PLANNED.” Coming at a time when the major U.S. auction houses were consolidating, it was at least plausible that the major collector organizations would merge, too. I made up quotes and details that were believable enough that phone lines lit up from coast to coast that night. Reactions included:

“I’ve seen many an April Fools joke (which must mean I’m old), and this one ranks right up there with the best.”

“I thought your April Fools article was hilarious! It’s been making the rounds on the bulletin boards — always a good sign that a piece of writing is resonating with its readers.”

The full article (and follow-up) can be found here:

Thank you again for sharing all of this with our readers. We appreciate your time. On a personal note, I’d like to say that your work with The E-Sylum is greatly appreciated. I look forward to reading a regular Sunday issue for many, many more years to come.

If you’re interested in subscribing to The E-Sylum please follow this link to register for a free subscription.