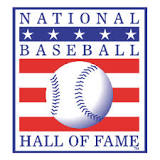 The National Baseball Hall of Fame coin is not without controversy, however. The US Mint typically runs a panel of judges to select the best artists’ design for both the front and back of the coin (called the obverse and reverse respectively), and then narrows the pack to 21 semi finalists and finally a single winner. With the Hall of Fame coin, “faulty judging” occurred and one judge was disqualified, and his votes were thrown out. To be fair, the Mint did the right thing and increased the number of semi-finalists from 21 to 26, and those that made it through the first time were still allowed the second, but those on the fringe were now also included.

This controversy could make this coin very valuable indeed, but at the very least will be a great story for any baseball fan who owns this wonderful offering from the US Mint.

About the National Baseball Hall of Fame.

The motto of the National Baseball Hall of Fame is “preserving history, honoring excellence, connecting generations.” The great American past time is certainly honored in Cooperstown, New York, and the Hall of Fame has inducted many heroes of the sport including well known players such as Hank Aaron, Carlton Fisk and Joe DiMaggio, as well as lesser known folks such as Franklin Grant, Pat Gillick and Ford Frick – all of course worthy of this wonderful endowment.

For those interested in the National Baseball Hall of Fame coin you can watch for it at the US Mint in 2014 or you can go to USACoins.com where its progress will be covered by the site with great interest.