Can You Make Money Collecting Coins? 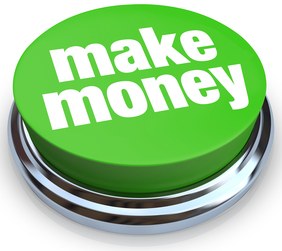 When a coin collector contemplates the notion of making money on his investment, after spending all that time and carefully applied energies that went into building it in the first place, it is not quite as simple as it may seem. In order to reap any kind of lucrative rewards beyond what may have been spent toward pursuing and acquiring the collection, there is one element that will take a collector quite far in realizing a monetary return for his or her efforts. To be successful, in terms of ‘making money’ by collecting coins, it rests upon coin grading knowledge, and that knowledge needs to be not only good, but critical. In most coin collecting practices, whether it is the occasional hobbyist, avid collector, or serious numismatist, the enthusiasm generally begins, and often stays, within simply buying what coins spark an interest, and then displaying them to whatever audience holds that same fascination. Some coin aficionados move to a more commercially motivated practice of turning over their collectibles into cash, and usually when the precious metals market spikes in a favorable direction. This means the melt-down value of the coins becomes attractive enough to take them from the display case to the bank account.

To move deeper into the world of coin collecting with an eye toward making a more fulfilling and more regular return on the coin investment cycle, it takes an acute sense of knowledge and awareness regarding the different and more diverse factors of collecting. In other words, it is all about knowing what makes specific coins more valuable than the rest, and then building on and leveraging this knowledge when deciding which coins are most advantageous to your investment plan. From there, you begin pursuing and purchasing them from the seller and dealer networks.

Any market that is driven by what is called ‘collectible’, as coin prices certainly are, the factors that affect their value are dependent upon the condition, or grade, and the rarity, or lack of availability. Beyond these important characteristics, there is also the inherent value of the coin derived from the metals they are fabricated from. Base values are evaluated from the current ‘spot price’ of the gold or silver alloys the coin is minted with. In addition, the quantity of precious metal found in the coin determines the minimum price you pay to the dealer.

On top if this is the numismatic value of the coin, which sets any ‘premium’ value based on its condition and rarity. Naturally, the market values will determine the base price of the coin, along with the affects of the current inflation rates and scarcity. If you are just beginning to enter into this investment process, you may want to avoid the precious metals market strategies, and apply your energies to base metal coins only, like pennies and nickels.

To delve further into the qualities of scarcity and ‘grading’ of the coins you wish to acquire, then the next step is to buy a coin price guide, such as the Red Book, along with a guide to help you grade coins. With these reference tools, you can begin to list the coin series you wish to collect, along with the scarcity dates. Nickels and pennies from the post-civil war era is great place to start. As an example, you can refer to Lincoln pennies, keying in on specific dates like the 1909-S, the 1909-S VDB, or S mints from the pre-1920s, the 1914-D, or 1931-S to name a few. You can begin scanning the coin websites or Ebay for these coins prices to get a better idea of the current market value of these specimens.

Remember that grading coins is a skill that comes easier over time, and is thought to be more of an art than a science. Most experts in the field would recommend that you should never plan on purchasing coins until you have a decent grasp of the intricacies involved with coin grading. Knowing the smallest details of your coins is critical, and this knowledge will represent the difference between hundreds or thousands of dollars gained or lost as an investment. Acquiring the knowledge required for grading and analysis of coins will come from dedicated study of coins and their characteristics, therefore getting your hands on these resources is a must.

To make money collecting coins you must first become reasonably skilled in coin grading and purchasing coins that are ‘under-graded’ by those dealers you choose to do business with. This is a great starting point to help you learn the fundamentals of coin collecting. From there, you will soon discover other ways to make money collecting coins, such as cherry-picking coin varieties, or coin roll hunting, or hunting for error coins. Whether you plan to simply collect and admire your coins, or move into the more lucrative areas of coin collecting for investment purposes, it will become a life-long and fascinating hobby, and its rewards will always be priceless.